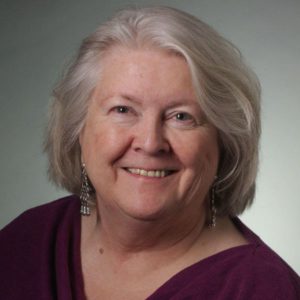 
Biography:
Although originally from the Boston area, my passion to learn about Latin America and Latinos in the United States developed during my undergraduate education has brought me many opportunities to learn, work, teach, research and publish about many related topics. From studying in the pioneering Mexican American Graduate Studies Program at the University of Notre Dame to working as a researcher at institutions in both Mexico and the United States and teaching undergraduate and graduate courses in both English and Spanish, learning about Latin America has transformed and enriched my professional and personal life. My overall goal for all my students to help them find the educational path that will transform and enrich their lives, whatever the direction that it might take. My personal interests are not far from my professional ones. I am a passionate practitioner and collection of needlework; I study many forms of traditional women's needlework--my dream is to organize courses in the history of needlework.


Research Interests:
My research interests have evolved since completing my doctorate but the following remain as the principal themes:

1. Immigration to the United States, particularly Mexican. While I have researched, written and published about several aspects, the most original contribution is the research published in The Tracks North (published in Spanish by the Mexican government under the title of Me voy pa'Pensilvania por no andar en la vagancia) about the recruitment of Mexican workers during World War II for the war-essential US railroad industry. The study brings together several issues: the employment of Mexican immigrants in non-agricultural industries, administered migration programs, temporary immigration, bilateral migration agreements, among many additional issues.

2. Border Studies. The particular character of the history of Mexican immigration introduced me to the study of borders, especially the US Mexican border. Understanding the border between the US and Mexico adds a unique dimension not only to studying immigration but also to analyzing culture, language, binational urbanism, and increasingly commerce, contraband and drug trafficking. Using the concept of Border Studies also provides an avenue to understanding New England's past since it is a border region; we do not usually think of New England as a border region. In this respect, I am interested in French Canadian migration to New England between the Civil War and the Great Depression, a relatively unknown chapter of the region's history.


Publications:
Driscoll, B. (2009). "Moving Beyond Borders Julian Samora and the Establishment of Latino Studies." Urbana: University of Illinois Press.


Bidwell, J. Driscoll, B. McCarthy, A. (2012). "An Experiment in the Humanities: Transforming a Small New England College around a Humanities Core". SUNY Buffalo Romance Studies Journal.